In the summer of 1977 I had just completed my first year at university and found myself living in a bedsit round the back of the Royal Free Hospital, Hampstead, London in some Marxist safe house. The doors were never locked and my landlady’s three sons and assorted guests would come and go at various times of the day.

Possibly not the ideal spot for this trainee Chartered Accountant but they seemed happy enough to accept the rent in cash and my Morris Minor was no real indication of rampant capitalism.  Throw in the heady mix of the Sex Pistols “Anarchy in the UK” and it’s fair to say that this was not the best place to want to celebrate the Queens Silver Jubilee.

So I took refuge in leafy Dorset with my parents and younger brother where in true cucumber sand-witch and cream tea style we and the local villagers celebrated The Silver Jubilee. I had to return to London to work the day after the Bank Holiday so missed the fun of the pub that night and endless singing of Jerusalem and Rule Brittania but I was able to play an active part in the festivities and it was there that I picked up the Silver Jubilee Walk Trot and Canter prize for the over 16’s while my brother was equally successful in his event.

So what’s that to do with property?

House prices have been on a walk trot and a canter too with the odd gallop and occasional fall as the graph below shows from The Nationwide. 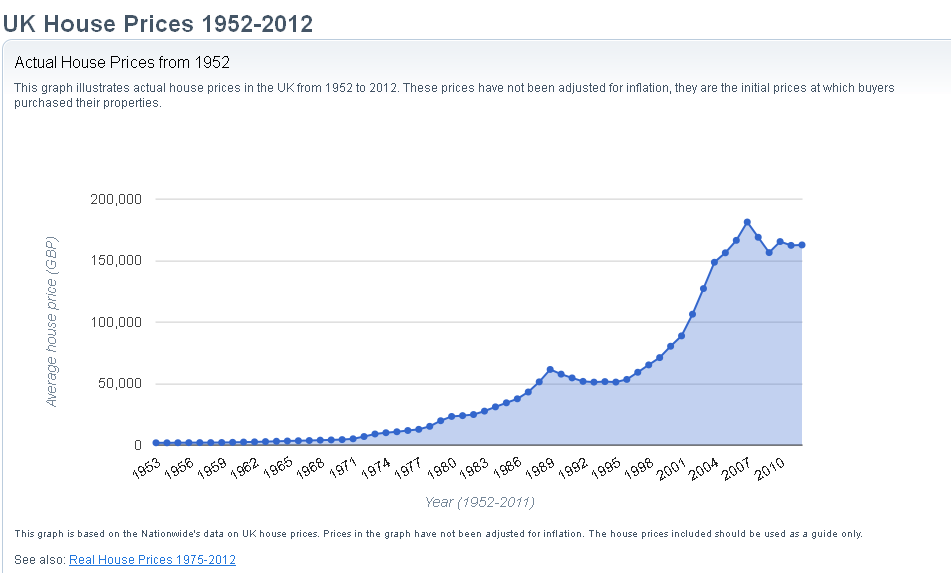 Back in the saddle our “new modern house” walks then trots and gallops away up to 2007 when it’s true to say it hits a fence hard and suffers a massive fall. Even now as it starts the walk again it is still at a staggering £150,532. Yes that’s an increase of 7,352%!

So even though our “new modern house” is gently walking and could easily be spooked, there has never been a better time to buy property. In the right area and at the right price you should be able to build a portfolio delivering more than 10% yield with capital growth an added bonus.

So have a great weekend and ask yourself what achievements in property will you be looking back on in 10 years time and if you’re young enough in 60.

If you would like to invest with me or through me please email Iain@iainwallis.com .

From 6th April 2019, new legislation, and not necessarily for the better, … END_OF_DOCUMENT_TOKEN_TO_BE_REPLACED